Most online casino companies, in the pursuit of credibility, will lease or purchase their casino software from one or two credible sources. These companies have an established and accredited software that is based on an accepted and independently tested random number generator. The main companies in this context are Amaya, Microgaming, Playtech, IGT and Realtime Gaming. The casino industry is desperate to provide the necessary element of trust and security for players, and eliminate any suspicion that the game they are playing is not fair.

In order to shuffle cards, spin the roulette wheel or play slot machines in an unpredictable way, online casino gaming companies utilise pseudorandom number generators. In computer terminology, these PRNGs utilise mathematical equations, which are also known as algorithms, in order to provide the randomness to the game that players require. However, without knowledge and diligence when implementing a random number generator, things have been known to go dramatically awry. 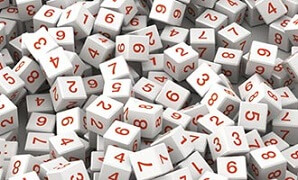 Different gambling authorities have different licence requirements, but normally the prerequisites are that the random number generator has been certified by an independent third-party. The third-party testers analyse the RNG source code plus they run statistical tests to ensure that the generator behaves randomly. Reputable casino sites will usually include all these details on their site.

The flaw in a pseudorandom number generator is that technically a number can be traced backwards to determine the source code, and hence predict the result. Casinos therefore use cryptographically strong PRNGs such as the accredited Fortuna. This generator can be fed entropy, the random starting point for the algorithm from one or more external sources such as a hardware random number generator that is resilient to attempted exploits or hardware failure. This is not how all casinos operate, but is certainly the most optimal.

Furthermore, and despite the fact that many sites still use only a recommended computer generated PRNG such as Java’s SecureRandom, or Fortuna, the challenge is to create one with sufficient degrees of freedom, and thus reduce the self-imposed limitations that often exist. The amount of different shuffles in a 52 card deck, for instance, is so incredibly high that there is no way the PRNG can generate every possible shuffle from a given initial state. The PRNG is therefore limited, and this impacts on randomness. The same considerations apply video poker and video slots machines in brick and mortar casinos.

This is also why reputable online casinos are regulated by independent auditors such as eCOGRA. Basically all this can ensure is that the software has not been tampered with, and that the winning percentages are within the limits of accepted fair casino play odds of the particular game.