Gambling has often been one of those morally grey areas that have, over the years, incited either fanatical support or ardent resistance. Like any game of chance gambling has inherent risks to it, not least of all that of potential addiction.

Though gambling and casino gaming may be fun and exciting, there are house edges for a reason and though players may win from time to time, on the whole, the odds aren’t particularly supportive. It is reasons like these that incite groups like the 1890 National Anti-Gambling League, which clearly opposed the idea of gambling in society. Whether or not the verdict swings either way, gambling is here in a big capacity and so players can either play the games responsible or ignore the industry in its entirety. Morality is after all quite tricky to properly objectify.

This group was started way back in 1890 as a British Campaigning Organisation, clearly campaigning against Gambling as a whole. The organisation was setup by F.A. Atkins and made its message and aims clear in a journal they published entitled Bulletin of the National Anti-Gambling League. In it the organisation regarded gambling as a moral sin and stated it was disgraceful that such a proud people like the British would be caught up in such a vice. Their remedy for the situation was limited to a complete reformation of the nation, a rather drastic approach, even at the time.

Members of this organisation included John Hawke, Ramsay MacDonald and J.A Hobson. Despite these rather aggressive claims the organisation did not do too much to quell the tide of gambling that was spreading across England and the world, and as is evident today, with the online casino market buzzing as wildly as it is, this tide did indeed strike the shore. 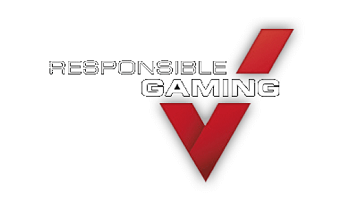 Responsible Gaming and the Gaming Market

Despite the perhaps over enthusiastic approach of the National Anti-Gambling League, the group did still have a potentially valid point, and that is to be responsible about gambling. Habitual behaviour is part of human nature and despite the warnings players still sometimes go too far with the gaming. However if enjoying the gaming action responsibly then there is very little to take issue with, and everyone involved can enjoy the experience.

As far as casino gaming and gambling options go, depending on the player’s locations and jurisdictions there is most likely a lot of possibilities to find. If land based casinos aren’t a possibility, perhaps not available or too far away for a practical trip, then the online world has a lot to turn to. There are tonnes of casino sites as well as games for multiple different platforms like mobile and tablet. If the National Anti-Gambling League of the 19th century got a look at the possibilities of casino gaming in the 21st century, they would not be too happy.

So in the end, illegal is still illegal, but if it’s not illegal, then enjoying something like casino gaming with responsibility should cause no undue concern. Despite the efforts of groups like the National Anti-Gambling League, gambling persists, but played with some deliberate caution, on both sides, and the games can go on.