Pakapoo and the Origins of Keno

For thousands of years, gambling has been a part of every society. Whether legal or illegal, casino games were played in parlours, in back alleys or at home. The list of modern casino games found at land based and online casinos can all be traced back to basic games of chance and skill. Over time, these games gathered momentum and were customised to incorporate cash or switch over to playing cards. If you have ever played a game of Keno, you might be wondering how the game developed. The general consensus is that the game originated from the traditional Chinese game of Pakapoo.

For those who are not familiar with the game, Keno is a type of lottery game that can be played online. In a game of Keno, players choose from 3 to 10 numbers out of a set of 80. Once the number are chosen the computer will randomly draw a set of 20 numbers. For every matching number draw, the player wins according to their bet stake. Pakapoo (meaning pigeon ticket) was a similar type of game. The game was first used in China in order to raise funds for the military. The name was derived from the fact that the results were often delivered to the various Chinese villages using carrier pigeons. 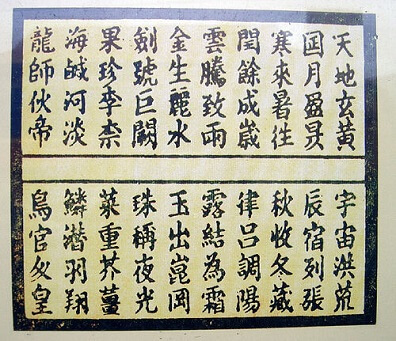 How the Game Worked

Unlike today’s lottery games, Pakapoo used words instead of numbers. The game was based on the first eighty words of the popular ‘Thousand Word Prose’ (Qian zi wen). This was a well-known poem that contained four words per line. None of the words were duplicated which means that there were eighty different places for players to choose from. To enter the game, players would mark off words on their ticket. The game organiser would have a master ticket in which he would decide which words were selected for that round. Winning tickets were those that matched the master ticket.

Pakapoo eventually spread to other parts of the world becoming particularly popular in Australia and New Zealand. In colonial New Zealand, there could be as many as five lotteries per day. Shop keepers employed ticket sellers that would walk around selling tickets. After the results were drawn the sellers would deliver the prizes to the winners. The sellers would receive half the profit of the sale and one tenth of the winning prize. The game eventually became illegal but continued on until the 1950’s.

In Australia, the game became so popular that it eventually entered the local vernacular. The term “it looks like a Pakapoo ticket” became a common phrase used for any type of scribbled note that was essentially illegible. This was mainly because the ticket itself was generally small and had random Chinese words scribbled on the front. As with many gambling games, Pakapoo eventually disappeared and morphed into modern versions of the same type of game. The words were replaced by number and the betting system became slightly more complicated. Today the threads of this strange and historical game can be found in all lottery games including Bingo and Keno.